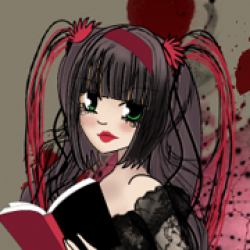 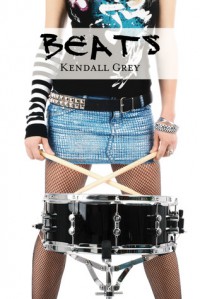 I’ve been a fan of Jocelynn Drake’s ever since Kim Harrison said she liked Drake’s books because her vampires actually had bite and didn’t sparkle. I read Ms. Drake’s entire Dark Days series (before I was blogging) and I absolutely loved how menacing, calculating and truly vampire-ish her character Mira was. I’m really looking forward to seeing what she does with her new Urban Fantasy series, The Asylum Interviews. Angel’s Ink, the first book in the series, is coming out on October 16th, 2012.

First of two prequel novellas, this short story introduces us to Gage, the owner of Asylum Tattoo. Gage is looking for a new tattoo artist for his shop and Bronx is looking for a job. What takes place is a crazy “interview” process involving an incubus, a tattoo gone slightly wrong, and a quest to fix it.

Like many others that read this short story, I was impressed by how quickly Ms. Drake could build and establish her new world. Even though world building continues throughout the entire story, the pace is perfect and matches the story. I always dig a world where all supernaturals can walk out in the open, for the most part.

I absolutely loved all the characters introduced. Despite the story being named after Bronx, he himself is not the focus of the story. The story just happens to fall during the period of time when Gage is considering Bronx for the job. Oh, and Bronx happens to “mess up” a tattoo on Gage’s best friend, Parker.

And Gage *sigh*… I love this man! I recently had a “conversation” with Felicia at The Geeky Book Blogger about why we rarely get annoyed with male UF leads. We never came up with an answer but we agreed, we love them all! All I can say is if you’re a true urban fantasy fan and you can count Butcher or Hearne as some of your author heroes, you will LOVE this new series by Jocelynn Drake. Gage is wily, wise, brave and totally stacks up to the rest of the male UF leads we love.

My final thought: Even if you weren’t a big fan of Jocelynn Drake’s Dark Days series, you’ll want to give her new UF series a try. And with short novellas that don’t take a big commitment, what do you have to lose?
Tweet